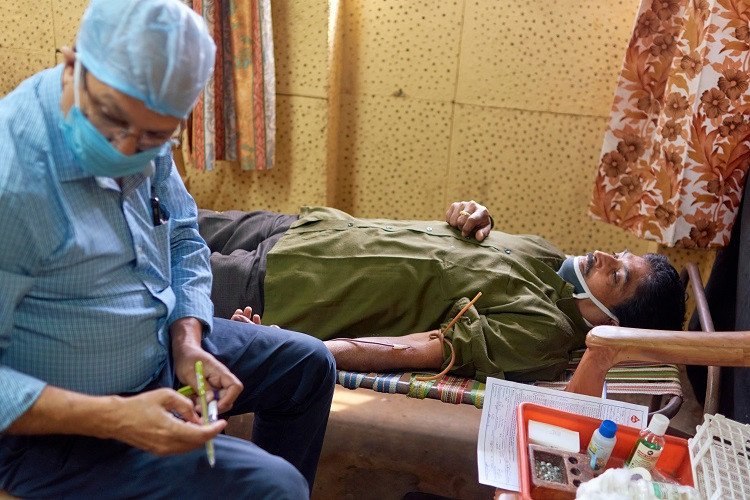 About the Organization:
On the way from Pune to Satara, near Khambhatki Ghat, there is a Gajanant Shelter Center run by Yashodhan Trust, an NGO for orphans, homeless, elderly, and mentally ill people in the village. Ravi Bodke, a young man from Wai taluka, set up an NGO called " Yashodhan Trust " to provide shelter to the people who have been rejected by society.

Issue:
Some of the elderly are left to fend for themselves by their own unborn children, who are sheltered through the Yashodhan Trust. Also, over time, they visit their children or relatives, counsel them, and send them back to their families. Some relatives are ready to return, while others are not. At such times, such elderly people are taken care of till the end in the shelter run by Yashodhan Trust. In case of the death of an elderly person in the shelter, the concerned children and relatives are informed by the organization. But when some children do not attend the funeral, the funeral is taken care of by the organization itself. Therefore, the work of keeping humanity alive is being done by " Yashodhan Trust ". We can donate to this work as much as possible.

Action:
To this day "Yashodhan Trust" has helped thousands of orphans that have been homeless, without shelter, and are mentally challenged. Today "Yashodhan Trust" has begun the "Gajananta shelter space center". On the road to bring up the stranger and mentally challenged people, there was a daily routine to get a doctor for treatment. After a few days of taking care of all kinds of people at the shelter, they search family for orphans, homeless people and are delivered safely to the family. Also, mental patients are admitted to psychiatric hospitals for further treatment. After the development of the condition of the mentally ill people, they are returned to the family. At present, there are 45 orphans - homeless and mentally challenged. The mentally ill, old homeless people will be brought in to shelter home from roads and different locations. They will get treated by well-known psychiatrists and doctors. Homeless people are generally weak, unhealthy, and they require medical help and food. They will get trained in different aspects of better living. These homeless old age people can recover fast after they are treated and trained by doctors and psychiatrists. Once recovered, these mentally disabled have a better chance of living a healthy life.

Primary Cause:
There is no government grant for the NGO " Yashodhan Trust ". The organization is run with the help of generous people in the community and some organizations. The cost per day of the organization is very high. Especially orphans without shelter and mental health checks and medicine for their treatment. The organization is in dire need of collective financial support. You can donate directly through the site by clicking on the info button "Donate Now". Each donor who donates through this crowdfunding will get a donation receipt and a certificate of 50% discount on 80G income tax.